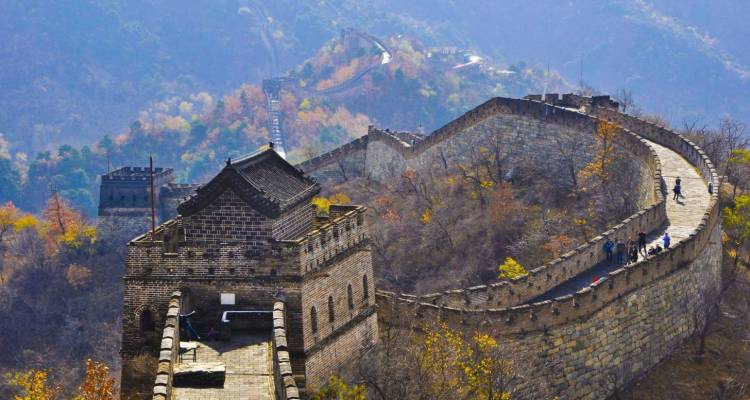 Shandong has a long history, which blessed Shandong rich historical relics and cultural sites. The most famous attractions in our package are Confucius Temple, Confucius Mansion and Confucius Cemetery in Qufu, the Mount Taishan, and Jinan - the city of springs. Also, we will have a couple of days in Beijing to enjoy its historical and traditional attractions.

You will be greeted by our Beijing tour guide and transferred to check in at your luxurious hotel where you are at your leisure to relax and enjoy the evening.

This morning, you will sight-see Tiananmen Square, which is noted as the largest public square in the world and then the Imperial Palace in the Forbidden City. The Forbidden City was the Chinese imperial palace from the Ming Dynasty to the end of the Qing dynasty. For almost 500 years, it served as the home of emperors and their households, as well as the ceremonial and political center of Chinese government. Later stop at a Pearl Factory to gain a little knowledge of fresh pearls. In the afternoon, visit Summer Palace declared a UNESCO World Heritage Site in 1998.

The Great Wall of China is one of the seven greatest man-made wonders of the world and is definitely the focal point of China. You will hike along the Great Wall (Juyongguan Pass). After that, you will stop at a Jade Museum to learn the history of Jade. In Chinese, jade is pronounced as ‘Yu’, and it has a history in China of at least four thousand years. Later visit Traditional Chinese Medicine Center.

This morning you will transfer to the train station for a high-speed train to Jinan, the capital of Shandong Province, the history of Jinan could be traced back to more than 5,000 years ago. You will visit Baotu Spring is a culturally significant artesian karst spring. It was declared the “Number One Spring under the Heaven” by the Qianlong Emperor in the Qing dynasty. Then visit the Black Tiger Spring, is ranked as the second most significant among the 72 named springs in Jinan (after the Baotu Spring). Later tour Daming Lake is the largest lake in the city and one of city’s main natural and cultural landmarks. Enjoy the picturesque scenery.

After breakfast, take a coach to Taian. Tai’an is located at the southern foot of Mount Tai. Mount Tai is known as the eastern mountain of the Five Great Mountains of China. It is associated with sunrise, birth, and renewal, and is often regarded the foremost of the five. It may take 1.5 hours’ hike to the top of the Mt. Taishan (or you may take the optional one-way cable car to South Heavenly Gate at your own cost US$30/person). On the top, visit South Heavenly Gate, Heavenly Street, Jade Emperor Peak, Inscription on the Cliff, Sun Rising Peak and more. Later be back to the hotel in Taian.

In the morning, drive to Qufu, is best known as the hometown of Confucius. The city contains numerous historic palaces, temples and cemeteries. You will visit the three most famous cultural sites of the city, collectively known as San Kong, i.e. “The Three Confucian”, are the Temple of Confucius, the Cemetery of Confucius, and the Kong Family Mansion.

Formed in the Han Dynasty, Taierzhuang started rising in the Yuan Dynasty before its full bloom in the Ming and the Qing Dynasty. The ancient city is referred to as the living history of the canal culture and the museum of traditional Chinese dwellings, featuring 8 architectural styles and 72 temples. The only remaining 3 kilometers of the Grand Canal became known as the “living history of the ancient canal.” In this ancient water town there are 18 pools and 15 kilometers of waterways where boats travel across the town.

Our tour guide and driver will see you off at the airport after the breakfast. Finish your spectacular China tour today.

Accommodation: Rated Excellent by past passengers

Guide: Rated Excellent by past passengers

Meals: Rated Excellent by past passengers

Transport: Rated Excellent by past passengers