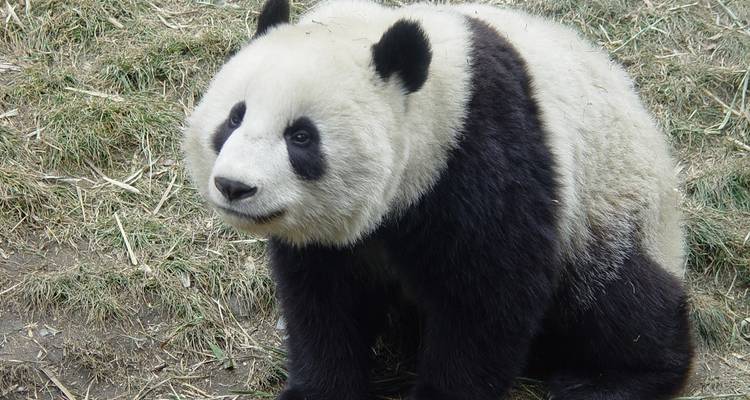 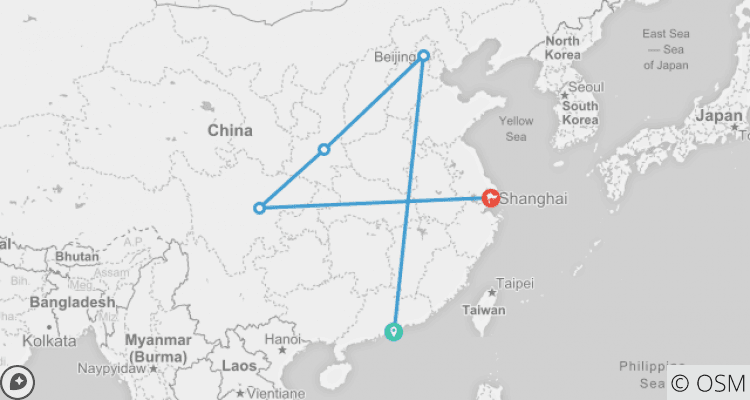 Upon arrival at Hong Kong Airport, please find your way to Regal Kowloon Hotel booked by us. The hotel occupies a favorable location. It is close to East Tsim Sha Tsui Subway Station, New Town Plaza and Harbor City. Also, you can find many restaurants nearby. Free for the rest of the day.    Accommodation: Regal Kowloon Hotel (4 stars)

Have breakfast in the hotel. We have some suggestions for your visiting today. You may take the bus or a taxi to the Victoria Peak, where you can have a panoramic view of the rippling Victoria Harbor and the whole city. Or, you may promenade along the graceful Repulse Bay or Aberdeen Harbor to enjoy the seaside view. Additionally, you can buy some delicate handicrafts and souvenirs at Stanley Market.
Meals: Western buffet breakfast

Today, you will head for the airport by airport shuttle bus, bus A21 or taxi on your own, and then catch a flight to Beijing. The air ticket will be booked by us and we will inform you the schedule in advance. Upon landing at Beijing Capital Airport, our professional guide will meet you outside the customs, and then the driver will transfer you to the hotel with a comfortable drive. The remainder of the day is free for you to rest or explore the city.
Meals: Western buffet breakfast Accommodation: The Great Wall Hotel Beijing (5 stars) - the former Sheraton

After breakfast at the hotel, all nationals on the tour attend a short orientation session for mix and mingle. Set off to the first stop, at the Tiananmen Square and then the Forbidden City. There is much to see. Our guide will take you one step further with first hand knowledge.   At noon, you will dine on an a la carte welcome lunch (valued at CNY150.00 per person and included in our price) at a very popular restaurant. There are great menu selections including Peking Roast Duck.
After that you will approach the Temple of Heaven. It is a former place of worship surrounded by a park. Then you will go to see a traditional Chinese Kung Fu Show in the evening.
Meals: Western buffet breakfast, A la carte welcome lunch

The buffet style breakfast with variety of food is served at the hotel from 06:30. We suggest you have a hearty breakfast today as you are going to mount the great wall and lunch is not included. After about two hours driving, you will reach the Mutianyu Great Wall, the most popular section. To keep your strength for a great hike on the wall, we arrange the round-trip cable car for you. To add spice on the exciting occasion, we toast you with a bottle of red wine.
On the way back to town, you will be driven through 2008 Olympic site dominated by the large Bird's Nest. You can also get a photo opportunity with it as backdrop. Then a featured local market is scheduled. You will enjoy some free time there to relax.
Meals: Western buffet breakfast

On the last day of Beijing visit you get to see the Summer Palace and the traditional Hutongs. Summer Palace is one of the places where you find refuge from the bustling city center. Narrow alleys connect traditional courtyard residences called Hutongs. A rickshaw ride through those old hutongs is an eye-opening experience. Also a particular arrangement for you is to try your hand at Chinese Paper Cutting, one of China's most popular folk arts.
We will serve you an a la carte lunch (valued at CNY150.00 per person and included in our price) at a quality local restaurant. Enough of Beijing, and you are off to the ancient imperial capital, Xi'an, where you will be met at the airport and brought to the hotel.
Meals: Western buffet breakfast, A la carte lunch Accommodation: Sheraton Hotel (5 stars)

The Terracotta Army is a must when visiting Xi'an. The museum consists of three main excavation pits and one exhibition hall. The figures in the museum include warriors, horses, chariots, weapons and so on. It is estimated that the first Emperor of Qin Dynasty (211-206 BC) constructed such a large army format aimed to protect his mausoleum. Till now, the excavation work is still ongoing.
Then pay a home visit. You will socialize with the host family members and join them for lunch (valued at CNY120.00 per person and included in our price). Proceed to Xi'an Museum and Small Wild Goose Pagoda after lunch. This evening, dine on the local special dumpling dinner with the Tang Dynasty Music and Dance Show.
Meals: Western buffet breakfast, Home-cooked a la carte lunch, Dumpling dinner Friendly Tips: Since the theater is usually not open in Jan, Feb, Mar and Dec, we will not arrange the show and dumpling dinner for tours starting during the periods. Clients will enjoy free time to relax.

In the morning, we will first head to the City Wall Park, a popular venue for local people to relax and take part in various activities. A Tai Chi practice will be arranged for you here. Then go on a visit to the City Wall. Originally built as a military defense system, it consists of walls, gate towers, suspension bridges and city moats. Nowadays, it has become one of the landmarks of this ancient capital city.
After an a la carte lunch at a nice local restaurant, you will be driven to Shaanxi History Museum, an admirable place for visitors to appreciate the cultural treasures. Later, continue to the Muslim Street. It has been a prosperous commercial street since ancient times, and now it becomes more and more popular among tourists with its distinctive features. Going across the bustling street, you will reach the tranquil Great Mosque, which is one of the most famous mosques in China. It was first built during the mid-seventy century when Islam was introduced to Northwestern China by Arabic merchants and travelers.
Meals: Western buffet breakfast, A la carte lunch

A morning high-speed train will take you from Xian to Chengdu in about 4 hours. Our guide will meet you at the railway station and help you check in at the hotel. Relax during the rest of the day.
Meals: Western buffet breakfast Accommodation: Holiday Inn Chengdu Oriental Plaza (4 stars)

The Research Base of Giant Panda Breeding cannot be bypassed when one visits Chengdu. We show you the panda center in the morning when pandas are the most active. You will sure be entertained. After that, we will take you to explore the Broad and Narrow Alleys. You might have your own lunch there to taste some popular Sichuan food.
In the afternoon, pay a visit to the Jinsha Site Museum, which supports dating Chengdu city settlement back to 611 BC. Its heritage reflects on everyday life. People in Chengdu have the reputation for their carefree lifestyle, so the last stop today is to have a tea break and take a glimpse on the locals' living style in Renmin Park.
Meals: Western buffet breakfast

Today you will be taking a flight to your last scheduled destination: Shanghai. Expect to be met and taken to the hotel for check-in. The rest time of the day is free for you to explore the city.
Meals: Western buffet breakfast Accommodation: Parkline Century Park Hotel Shanghai (5 stars) - the former Crowne Plaza

If Chinese history, culture and art, is right up your alley, then Shanghai Museum is the most informative. Then off to the Yu Garden, which is a classical Chinese garden. It includes trees, flowers, and also ponds, bridges, rocks, pavilions, and halls. If you are hunting for small gifts or souvenirs for families or friends, the nearby lively Yu Bazaar is good place.
You will be at the a la carte farewell lunch (valued at CNY120.00 per person and included in our price) at a fancy restaurant.
You will spend the afternoon to discover the Former French Concession, take in the Bund area and have a one-hour cruise tour on the Huangpu River. Bon voyage at the hotel lobby from Travel China Guide.
Meals: Western buffet breakfast, A la carte farewell lunch

Today's transfer from hotel to airport is not included in the package as the flights' time of group members are different. You need to find your own way to the airport for your homeward flight. The most convenient way is to take a taxi. We hope you have a nice trip home.
Meals: Western buffet breakfast