Zhangjiajie is as beautiful as a charming fairyland in winter. Numerous ravines, peaks and sandstone pillars are covered with ice or snow. Zhangjiajie winter scenery, peak forest barrier blocking north wind, let tourists can see the scene of snow, and without severe cold of the north. Every year around December, Zhangjiajie will continue to welcome snow, one thousand peaks are covered with evergreen forest, with less sun, it seems to be more profound. Swirling snow covers thousands of mountains and eight hundred winding streams, continuous rolling mountains and precipices in the snow have the convergence of sharpness to send out a soft fruity curve. You really seem to step into a silver fairyland. The scene is so attracting that make one feel to be in a crystal palace. 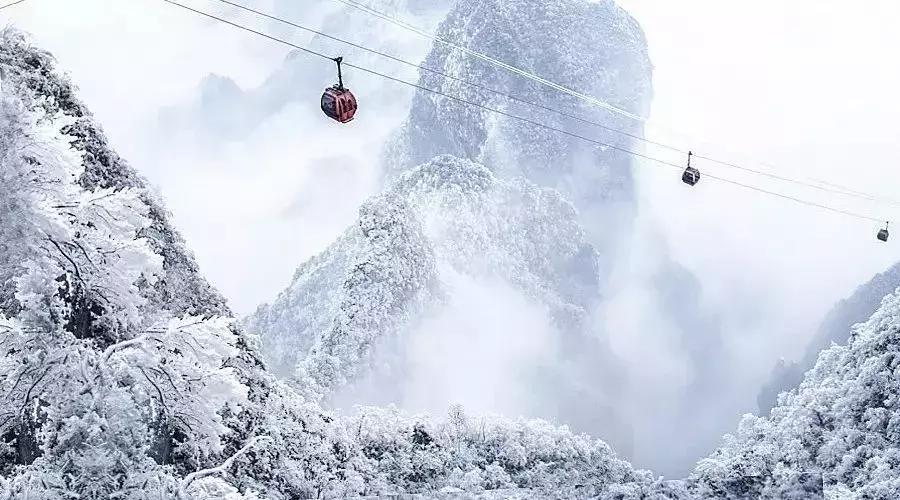 Visitors marvel at the vibrant evergreen trees amongst the snowy landscape.

Does it snow in winter in Zhangjiajie?

Yes, it indeed snow in winter in Zhangjiajie. But it is hard to guarantee that it snows when you are there, it should depends on weather condition. In fact, it adds greatly to the unparalleled beauty of Zhangjiajie. Some describe the snow-covered scenery as being in a “dream world”. For those who never see snow before, it is worth expecting. 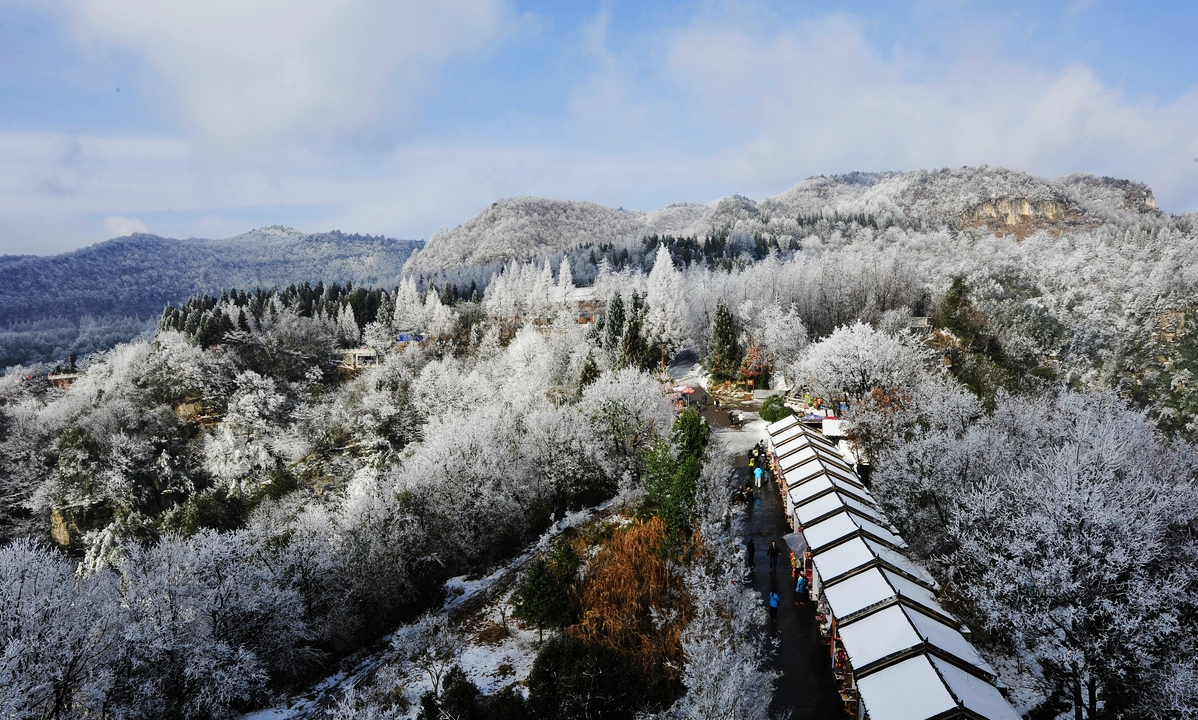 Is Zhangjiajie accessible in winter?
Yes. Each cable car operates year-round. More and more people are coming to enjoy the fantastic views in winter, especially those who never see snow before. Mountains in Zhangjiajie covered by snow in winter are quite beautiful. Visitors also enjoy lower hotels rates in the winter season, as it is tourist off season.

How are the path conditions at the peak during snowy winter season?
Zhangjiajie National Park enjoys a great reputation nationwide for being a safe mountain. After years of constant maintenance, the paths have become a point of pride of Zhangjiajie. Whenever it snows, the snowfall is promptly swept off the path to ensure the safety of visitors. And staff in the scenic spots will help clean snow in paths. Do not have to worry about that. 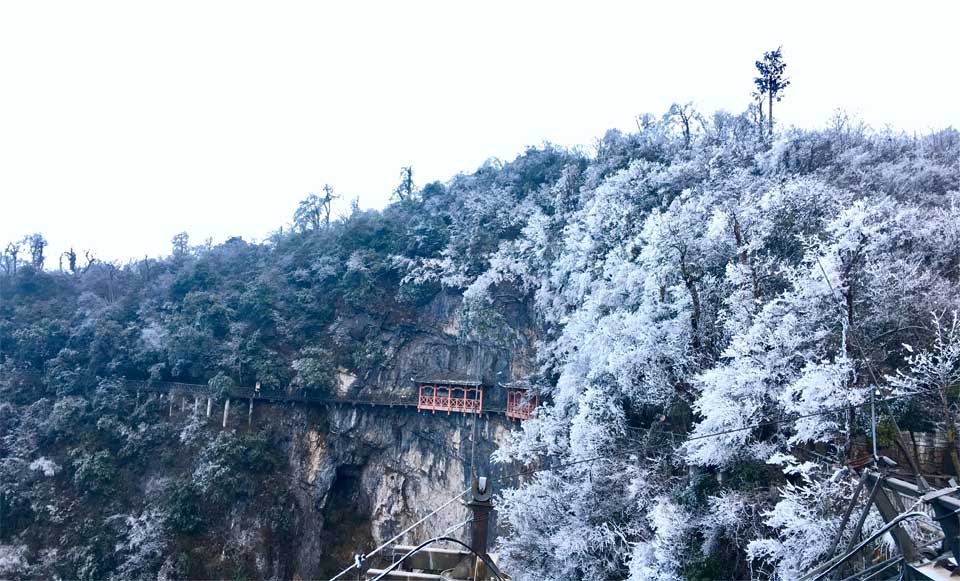 Is it tough to climb the mountain?
The highest peak in Zhangjiajie has an elevation of 4,265 feet; it normally takes two to three hours to complete the ascent. For some places where is hard to climb, you can take cable car with extra cost to get to the top. Do not worry about that.

How many Days should it take to travel to Zhangjiajie?
You would better stay there for 4 days/3nights, including arrival and departure, as there are two large parks in Zhangjiajie, Zhangjiajie National Forest Park and Tianmen Mountain Park. If you do not have so much to see them all, I am sure you will come back.

Another advantage is that you can get also discounted entrance tickets if you travel to Zhangjiajie in winter. And hotel rates are much cheaper than that in tourists high season.

In word, you are not afraid of coldness and want to save money for the trip, it is not bad to travel to Zhangjiajie in winter. Hope the above tips are helpful for your winter tour plan in Zhangjiajie.